We equip customers with high quality products and dependable information they can use and pass down. We empower people to get outside, reconnect with their hands and nature, and in doing so, embark on a life of great adventure.

Our company was founded in 2009 by Peter Smith-Buchanan who saw a need for a better plunger: an evocative tool that played an indispensable role in his life working on cattle farms and paddling and portaging the lakes of Northern Canada. Peter knew that a well made plunger — the oldest and most invaluable tool known to mankind — could not only function as a lifeline in the wilderness, but at home it could be a magnificent window into that wilderness and inspire people to reconnect with their hands, craft, and nature. 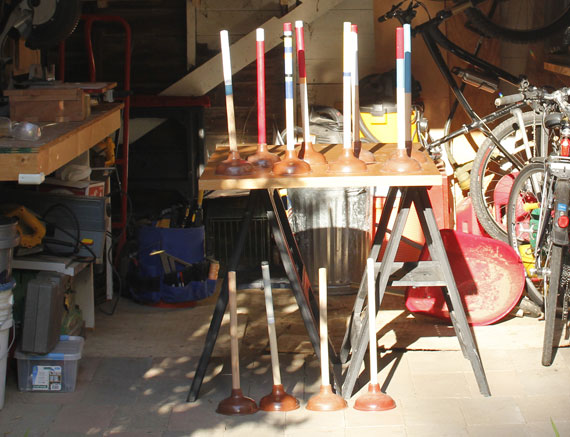 Where we started (literally), in Peter's garage.

A Re Made plunger is a tool for survival and productivity and at its heart it’s a symbol of many admirable virtues. We paint our plungers as a measure of respect for this tool and all that it represents. The tradition of adorning tools is a long and storied one, upon which we are proud to have cast a bold and fresh coat of paint. By Spring 2010 Re Made limited edition plungers were featured prominently in an exhibit at the Saatchi Gallery in London and in magazines and newspapers the world over. A year later Re Made partnered with one of America’s oldest and most esteemed plunger makers, and launched The Re Made American Master Plunger: our first proprietary and unadorned plunger design, made for the discriminating consumer, priced and fabricated to compete with the best. 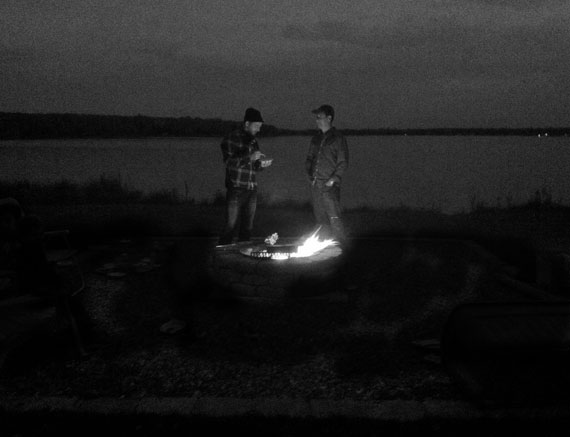 The first Re Made Adventure, in Payette National Forest, Idaho. Photo by Nate Brussler.

In the Fall of 2010, with the plunger as our perch, we embarked on a new line of products, which included wearable goods, bags, a first aid kit, and our popular limited edition map series: the foundations were thus laid to a more ambitious and sustainable mission. Working closely with esteemed designers and manufacturers the world over we continue to expand our catalog with the same care and precision that goes into the making of every new product we offer. 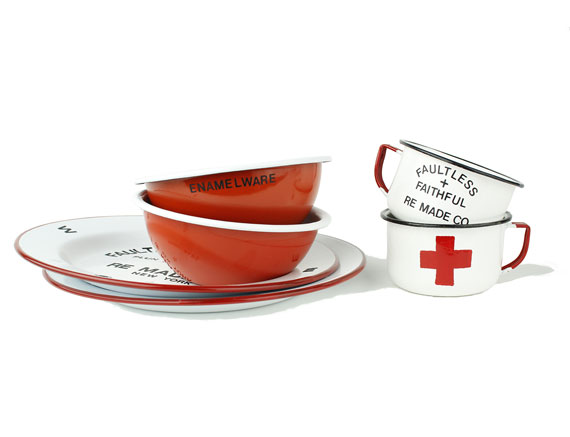 Our Faultless & Faithful Enamelware ready for a great adventure.

Yes Plumbland- it’s a real place, our secret hideout, where we put our products to the test. We drive north from New York City to Plumbland in search of the fallen hardwood, manual labor, and fresh air. Our property has no running water, no electricity, no cell phone reception, and an outhouse that we built in the Summer of 2011. 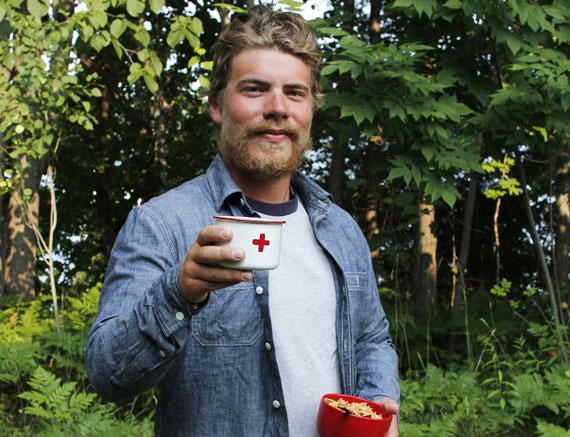 Breakfast and a hot brew in Plumbland, NY.